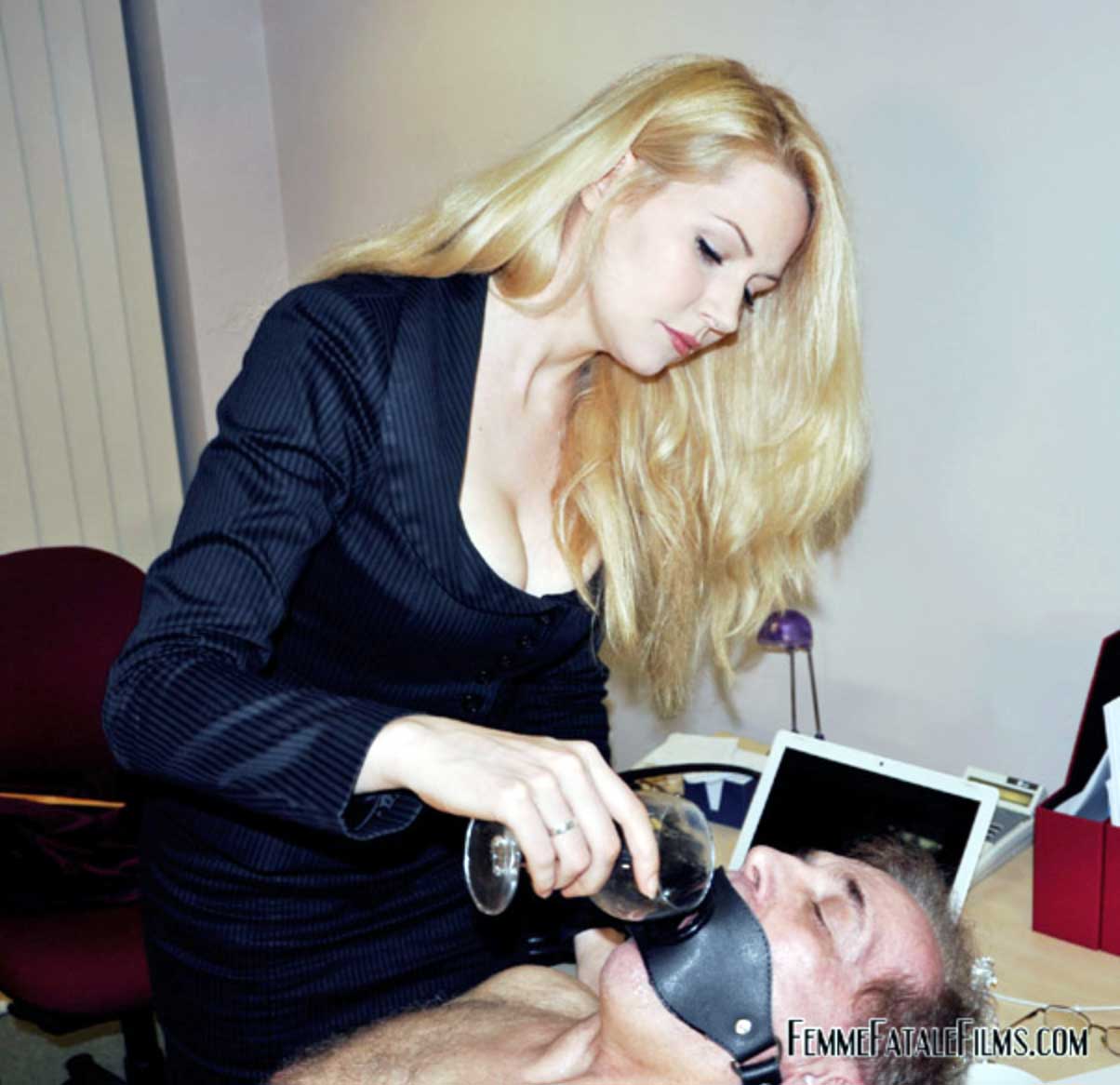 Slaves get thirsty after several hours of being tortured and humiliated by Mistress Eleise. As that could impact on their overall performance during the training sessions, so they are allowed to drink every two hours. And that is their reward  – to drink Mistress Eleise’s piss.