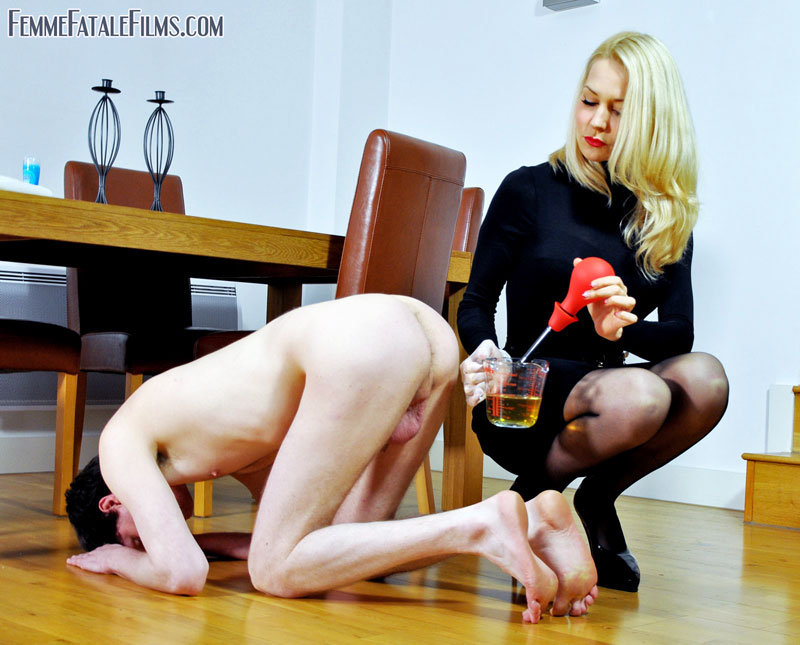 Mistress Eleise de Lacy amuses herself by playing a perverse game with her innocent young slave. She fills his arse with an enema, then makes him retain it while he accompanies her out, where she gleefully applies extra “pressure” in public.