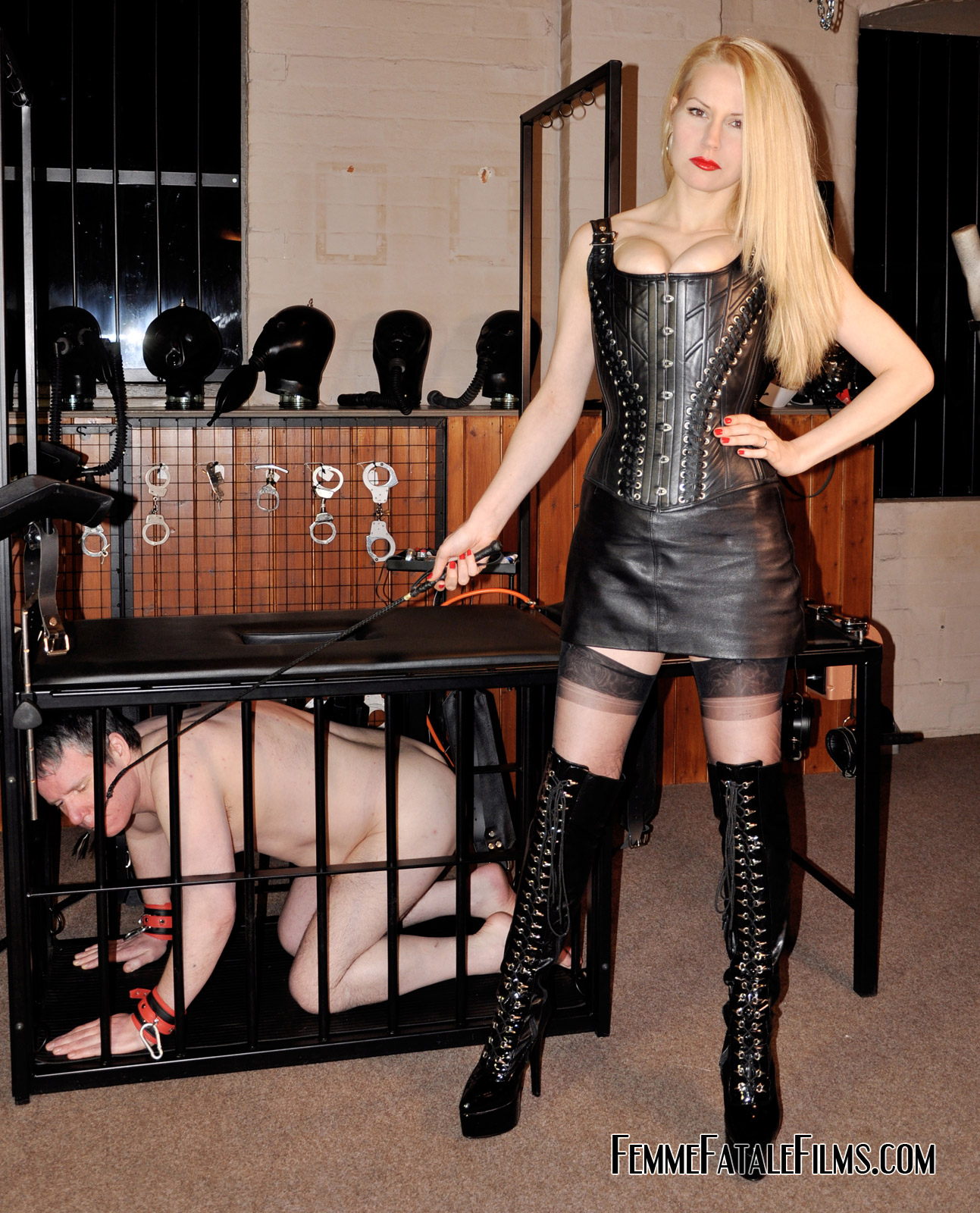 Featuring Mistress Eleise de Lacy. A voluntary confession should be forthcoming from the slave. However, he’s reluctant to admit the true extent of his disobedience. A good cropping serves as the first course of his punishment before being strapped down to the rack. Exposed and vulnerable, he’s now at the absolute mercy of his Mistress Eleise.