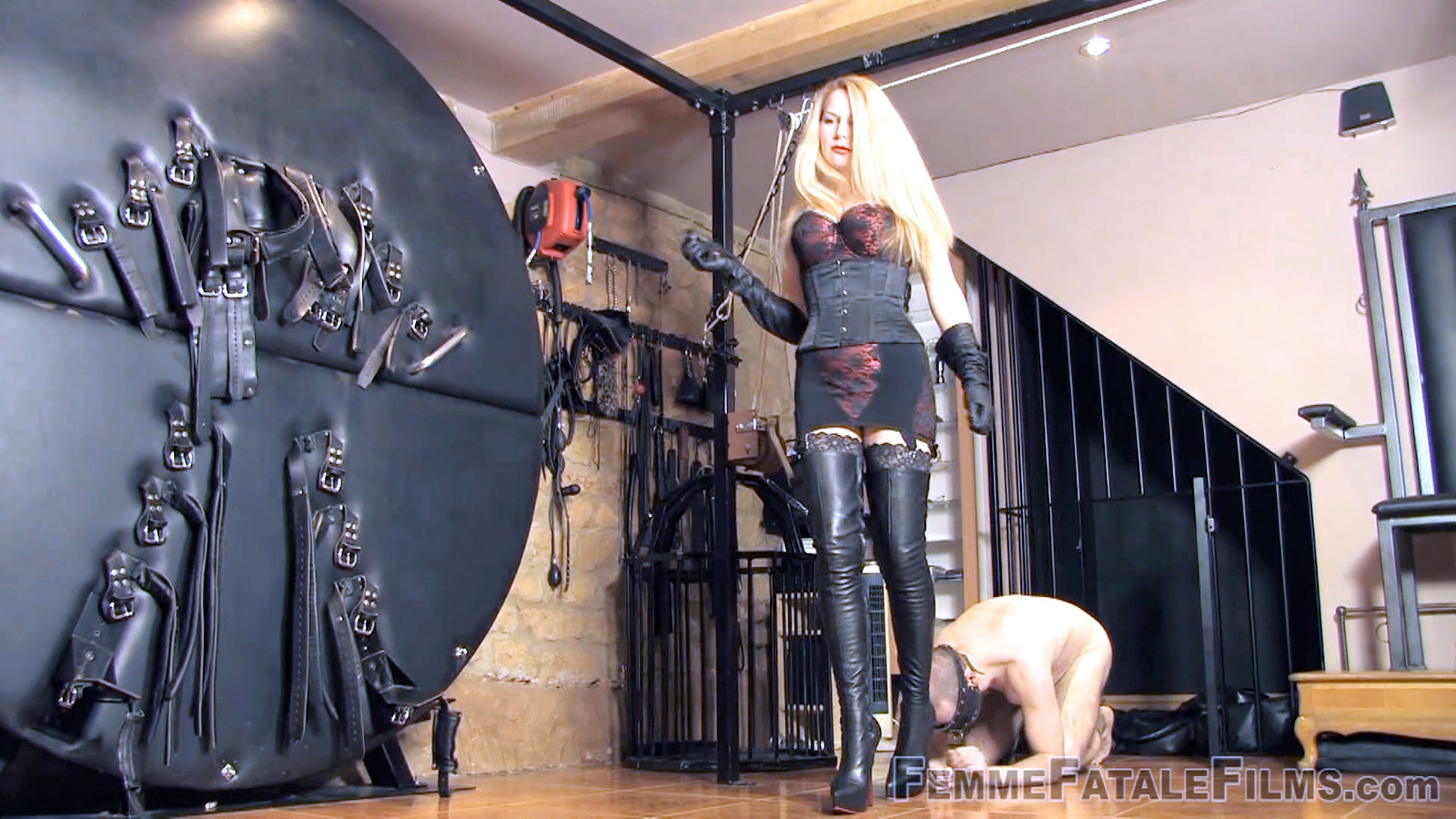 Featuring Mistress Eleise de Lacy. This is a real session with a slave who was held captive in an isolated dungeon house deep in the English countryside. He was confined to a cage each and every night of his stay. Only released each morning for a new and challenging form of punishment, humiliation and degradation. His first release was an opportunity for him to show his Mistress just how much he appreciated her. She strapped him to a bondage wheel, inverted him and ordered him to lick and kiss her made-to-measure soft black leather thigh boots.