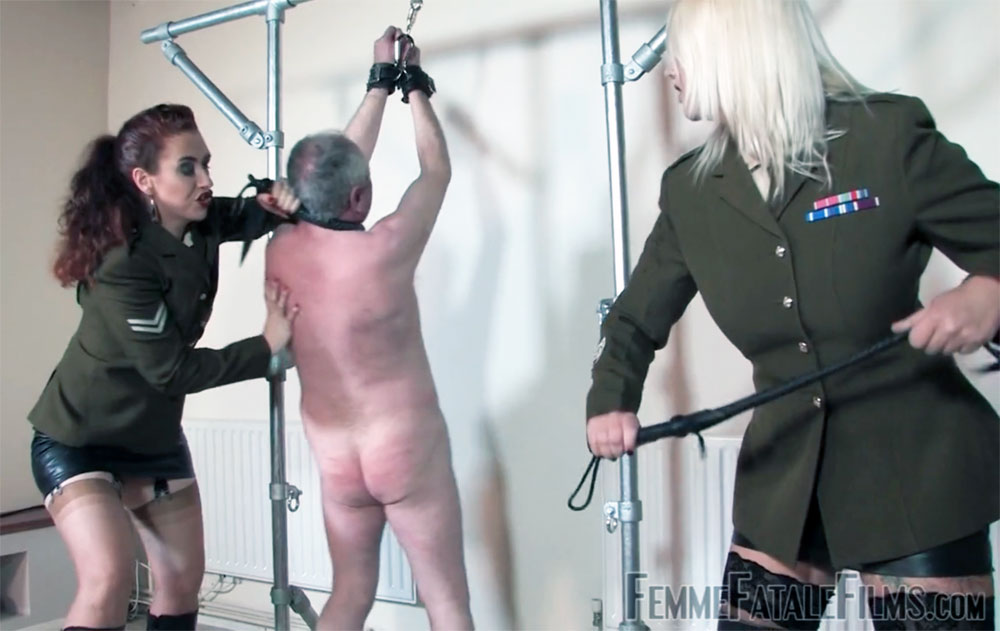 The arrogant and male chauvinistic major gets his comeuppance when the two female officers decide to take out some sweet and brutal revenge on him. He will pay for the letching in the officers mess and the crude remarks about female colleagues. After shackling him to the punishment frame they face slap him hard and then set about giving him a good hard thrashing. When the cane comes out and he’s given several heavy strokes, it’s not long before he’s grovelling on the floor at their boots, begging for forgiveness. 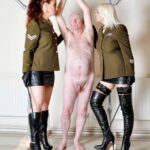 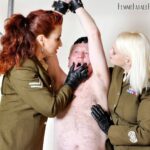 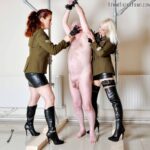 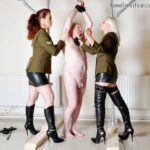 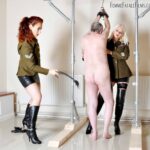 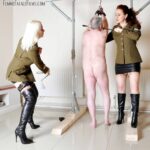 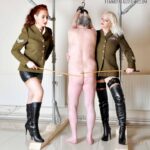 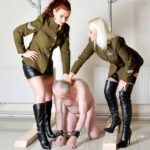 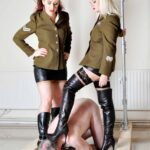 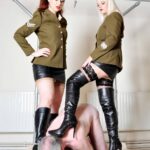 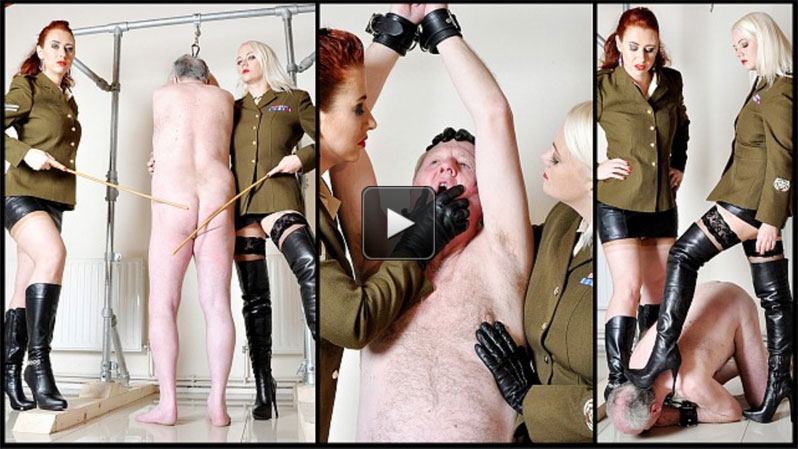